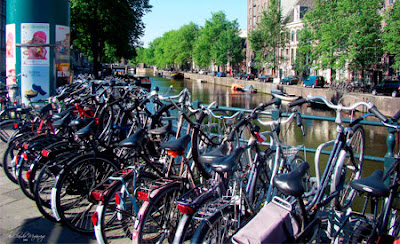 Driving Declines in US Urban Areas, Public Transit and Biking on the Rise

A new report by the U.S.PIRG Education Fund details reduced driving miles and rates of car commuting in America's most populous urbanized areas. The study also finds a greater use of public transit and biking in most cities.

The report, "Transportation in Transition: A Look at Changing Travel Patterns in America's Biggest Cities," is the first ever national study to compare transportation trends for America's largest cities and lists results for each. Among its national findings:


Despite the recent recession that may have impacted jobs and driving use, the study found that these declines in driving appear to have been less affected by the economy according to unemployment, income, and poverty indicators.

"There is a shift away from driving," said Phineas Baxandall, Senior Analyst for the U.S. PIRG Education Fund. "The cities in this report are home to most of America's population and are engines of the economy."

"Government should support transportation initiatives that reflect these travel trends," Baxandall continues. "Instead of wasting taxpayer dollars continuing to enlarge our grandfather's Interstate Highway System, we should invest in the kinds of transportation options that the public increasingly favors." These could include focusing on expanding public transit and bike lanes.

Read more at the US PIRG.