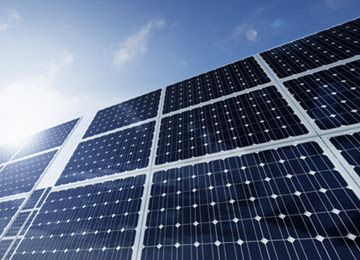 Solar Trends From Around the World
Experts weigh in on what comes next in Europe, Asia and North America.

Regional markets were, as usual, one of the bigger topics at Intersolar earlier this month in San Francisco. Germany remains in the lead, with 28 times more solar installations than the U.S.; the country is still improving its already-successful photovoltaic (PV) policy. Here is an overview of some of the observations gleaned from around the globe at the conference.

She added that 19.5 billion euros were invested in the global market and that more than 8,000 jobs were created in the solar market alone last year. Renewable energy expansion was enabled by the feed-in tariffs (FIT): “Support is given every four years, depending on a market situation, which offers investment and planning opportunities for the next 20 years.”

“To solve the problem, one must first understand it,” says Reiche, adding that Germany also owes its PV success also to the country's companies, which are committed to investing in green energy.

Like Germany, California has idle land available for solar projects, as well as other valuable energy resources. The state has been the hotbed of the U.S. solar market since 2006.

“Opportunities for the solar market are great. In Q1 2011, PV demand grew 66% over the first quarter of 2010,” said Resch. Cumulatively, more than 10,000 megawatts of solar have been planted in the U.S. More than 50,000 systems are installed annually throughout the U.S.

Solar is a desirable alternative energy source, since it will help reduce CO2 emissions and at the same time is considered ‘green.’ But Craig Lewis, executive director of the Clean Coalition, said that in California, though the state is leading the way in solar business in the U.S., 79% of planned projects ultimately fail and won’t ever come online.

Experience enables systems to be installed more rapidly, cheaply, and easily. Why can't the market fully exploit its potential? Maybe the reason is to be found in the diversified U.S. market, which can be confusing to investors, unlike the situation that exists in Europe.

“Canada is not just a land of oil and water. The sun shines there as well,” said Elizabeth McDonald, president of Canadian Solar Industries Association, adding that though Canada was not a strong player in the green energy market, things are changing.

The country has more solar than, for example, San Francisco: “Toronto is the leader and is way ahead of Berlin, Tokyo, Paris or any other [major world] city. The solar panels are also efficient in the shade, so they work even in winter.” Canada’s PV market offers other advantages, as well. Job creation is a main influence in times of crisis. According to McDonald, 50,000 green jobs have been created there so far.

Despite the modest investments in the second half of 2010, many analysts believe that 2011 will be a strong year for solar, with 21.2 GW installed.

Seven markets will account for the bulk of installations, among them Germany (6.5 GW) and Italy (5 GW), stressed Mike Sheppard of IHS iSuppli. Despite the investments in the solar market, the panelists agreed on the dip expected in 2012. Though, as noted by Thomasz Slusarz, Chief Executive Officer at Belgian Solar PV Consulting, until 2007 the markets in the new member states were slow; growth was only seen beginning in 2009.

The goal of the Czech Republic to install more solar in 2011 failed. “As of this year, only 7 MW were installed." According to Slusarz, the Czech Republic’s goal was to have 90% of renewable energy in 2010 and an additional 76% in 2011.

“This means that the market will collapse, unfortunately,” warned Slusarz, adding that, for example, the Slovenian market is growing in a stable way, which is why Slovenia is interesting at the moment, also due to its interesting FIT system.

Slow progress is seen in Bulgaria, which pays €.31 per kWh. Hungary has a FIT but is not successful in implementing the policies; Latvia’s market is too small despite the FIT system and Poland has a big nuclear lobby, therefore there’s no support for solar energy. All EU countries have targets for 2020; Czechs have already reached the goal, Slovakia over-reached it and Slovenia is nearly reaching its targets.

The Italian government's policy is embodied in the 4th Contod’Eergia. Its main components are: unlimited funding, large power plants connected before September 2011 do not have to register, though from September on, large ground installations have to pre-register with the GSE. Investment conditions in Italy are still offering attractive IRR/ROI and Italian PV market investors benefit from the country's FIT, which enables Italy to approach its goal of 3.5 GW solar by 2015.

Still, solar companies have already been impacted. SunPower blamed a second quarter shortfall on the slowdown in Italy.

Besides European markets, where PV is expected to increase from over 28 GW in 2010 to nearly 100 GW by 2015, Asian countries are boosting their PV markets and solar installations, according to panelists who spoke recently at Intersolar.

After the tsunami in Japan in March 2011, Japan started to revive its renewable policy. Prime Minister Kan made a sudden request to shut down the Hamaoka nuclear power plant as soon as possible, due to the risk of a potential earthquake with a probability of 87% in the next 30 years. A nation in which, before March 11, most of the power came from oil and 54 nuclear power plants, and renewable energies (RE) accounted only for 2.8%, Japan set an ambitious new RE target: the country will aim to get 10% of its primary energy supply from renewables by 2020.

“The government is starting discussions right now. About 53 GW of solar should be installed by 2020,” said Hiroshi Matsukawa, manager of research at Japanese RTS Corporation.

The government took action immediately after the tsunami: large customers whose contracts demand 500kW or more must reduce their maximum electricity usage between 9 AM and 8 PM by 15% relative to that of the last summer. The penalty for non-compliance is up to one million yen per hour. To achieve a stable energy supply, Japan started investing in PV, and the Diet is discussing the new feed-in tariff system. “The demand for residential PV is rising,” said Matsukawa, adding that the new FIT will start in 2012 with 1 GW of solar power installed by the end of this year.

Masayoshi Son, the brash investor that helped deregulate telecommunications in that country, also recently announced that he wants to build solar power plants.

In light of the 12th Five Year PV market plan, 49 companies invested 10 billion euros ($14 billion U.S.) in Beijing’s solar sector. They did it despite the overcapacity that currently exists, as stressed by Frank Haugwitz of Solar Promotion International GmbH in China.

“China has massive production capacity, orders are still coming in, and access to funding is almost unlimited. The four biggest banks are willing to lend the money to the Chinese PV industry,” said Haugwitz.

Most of the solar industry is concentrated in eastern China, though the sector is moving west. China changed the trend five years ago with a new energy plan to use locally available energy sources. The new target requires 15% of final energy from non-fossil fuels sources by 2020, whereas last year, this target was only 8%. Mandated market share (MMS) requires local power utilities to have 3% and 8% power-generation capacity of non-hydro RE sources by 2010 and 2020, respectively. However, as stressed by Haugwitz, the introduction of the nationwide FIT-based support scheme has been postponed because:

- High generation cost are politically not justifiable
- They represent an insignificant contribution to the overall energy mix
- Over the past five years, PV installed capacity was a few megawatts. The export-driven Chinese PV industry generates decent profits.
- The Chinese PV industry is mainly privately owned.
- Determination of an acceptable FIT level is difficult.
- There are more than 400 manufacturers in the country.
- Players and regulators want to avoid overheating the market.

“The Chinese government favors controlled markets. The guiding principle is slow but steady progress, which is believed to be a proven tool to determine a low FIT. A subsidy of up to $2.2 to $2.9 per kW is given. Priorities are rooftops with a minimum capacity 50 kWp,” Haugwitz said.

He added that China, in light of events in Spain, changed its provincial policy and decided to help out selected companies. Jiangsu should install 400 MW by 2011, Zhejiang decided in 2009 to install 50 MW by 2012, and Shandong aims at 150 MW by next year.

Taiwan: From Chips to Green

Taiwan’s chip industry has been ramping up in solar for years, and local consumption policies have been established to soak up output.

“The goal is 12% to 15 % of the total power capacity from renewable energy by 2030,” said L.J. Chen, CEO and president of Taiwan’s AUO, an offshoot of computer conglomerate Acer.

The Taiwanese Bureau of Energy plans to install 70 MW of PV systems in 2011 and have 2,500 MW by 2030 with a FIT system in place. The scheme should encourage investments in rooftops and other small solar systems. “Subsidies for the installations between 1 kW and 10 kW will be given on the principle of ‘first come, first served’ -- other types require bidding processes before being installed,” explained Chen. 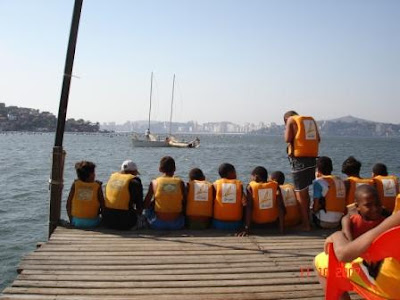 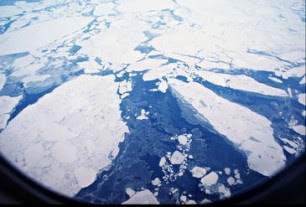 Qual seria a solução para a questão do aeroporto?

O que a sra. ganha com a manutenção do parque? 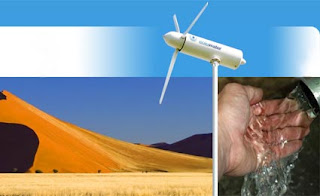 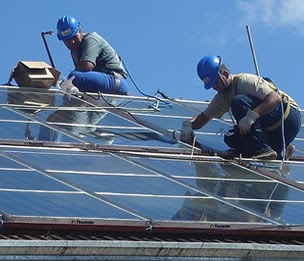 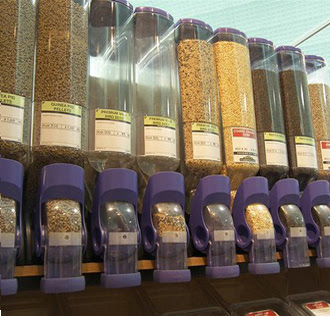 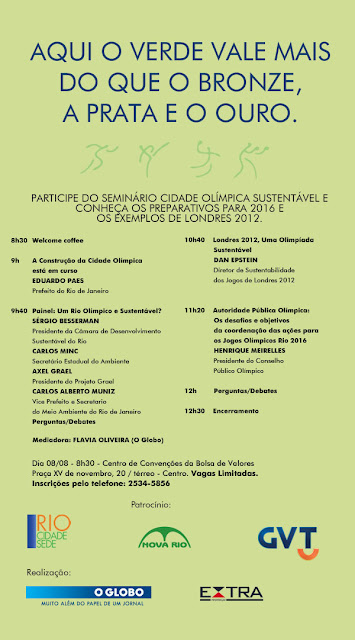 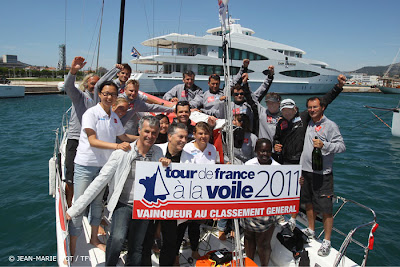 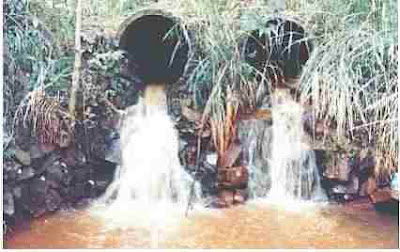 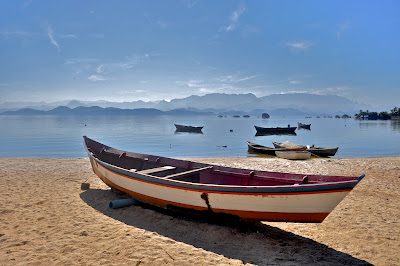 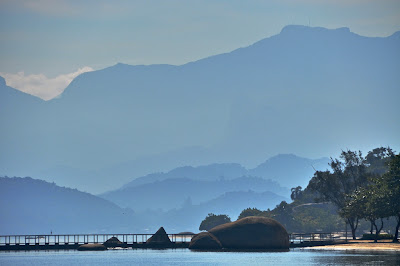