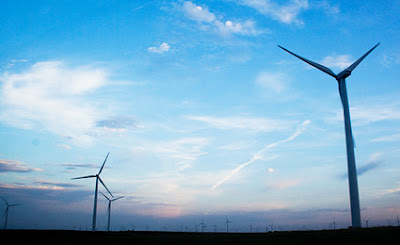 The global average surface temperature in 2011 was the ninth warmest since 1880, according to NASA scientists. The finding continues a trend in which nine of the 10 warmest years in the modern meteorological record have occurred since the year 2000.
NASA's Goddard Institute for Space Studies (GISS) in New York, which monitors global surface temperatures on an ongoing basis, released an updated analysis that shows temperatures around the globe in 2011 compared to the average global temperature from the mid-20th century. The comparison shows how Earth continues to experience warmer temperatures than several decades ago. The average temperature around the globe in 2011 was 0.92 degrees F (0.51 C) warmer than the mid-20th century baseline


A new program in Louisiana could bring in billions of dollars of private financing to restore disappearing wetlands along the Gulf Coast.


The program would create the first-ever carbon offset market for broad-scale restoration of American wetlands. A consulting firm and nonprofit organization developed the groundbreaking methodology, financed with the help of a Gulf Coast electric company that is interested in investing in the offsets.

Voluntary carbon markets oversee investment in hundreds of conservation projects around the world, but the projects have thus far focused largely on reforestation or agricultural practices. The new tool would allow investors for the first time to pay for wetlands restoration along the Gulf Coast as a carbon credit.

Conservation advocates are hopeful the partnership could bring in new sources of revenue to restore wetlands they fear are shrinking faster than the states or federal government can afford to restore.

"The ... partnership is a prime example of public-private cooperation where the U.S. government and Gulf states would be unable to afford such a valuable, timely study," said Valsin Marmillion, managing director of Louisiana-based advocacy group America's WETLAND Foundation.


The new tool aims to capitalize on environmentally concerned businesses and citizens keen to take personal action. If implemented, businesses that want to offset some of their carbon dioxide emissions could do so by paying for wetlands restoration projects. A Louisiana environmental consulting firm developed the new tool, and a national carbon registry approved and introduced it this week.

The methodology focuses on wetlands in the Mississippi delta. Diverted water systems make Louisiana the nation's leader for wetlands loss: 90 percent of wetlands lost in the U.S. each year are along the Louisiana coast. The state loses about one football field-sized area of wetlands every hour, according to conservation advocates.

The tool quantifies carbon storage from a variety of wetland restoration projects common in the Mississippi Delta, such as replanting trees, hydrologic management of nutrient-rich water and river diversions to allow fresh water from the Mississippi River to be reintroduced to wetlands. The number of tons of credits each acre would generate varies according to the type of wetland -- saltwater, fresh water, mangrove or cypress.

The American Carbon Registry of Arlington, Va., introduced the tool and is opening it to a federal-government-style period of public comment. The group created the first private, voluntary greenhouse gas registry 15 years ago and has evaluated some 31 million tons' worth of carbon offset projects.

The carbon registry group does not operate a carbon market itself, but offers the registry and performs verification for projects on other markets. Trades involving the group's projects total 1 million to 5 million tons a year, according to Mary Grady, the organization's director of business development.

"This is an all-voluntary market, not something that is required for anyone to do," said Grady. "The companies undertaking these are doing it for their own reasons."

The voluntary markets are substitutes for nationwide, mandatory cap and trade that environmentalists have long hoped for. Demand for carbon offsets could grow as California institutes its mandatory cap-and-trade program later this year.

The registry has established ways to track and verify carbon offsets in an effort to give buyers confidence that when they pay to sequester a ton of carbon, the projects are actually reducing carbon and have not been sold more than once.

The group calculates how much carbon dioxide will be sequestered by certain actions -- such as planting an acre of trees in a fire-devastated region of the San Juan National Forest or bringing in solar panels to replace kerosene lamps and wood stoves in El Salvador. The registry also oversees a system for tracking the credits: It issues carbon credits with serial numbers, and if those are sold in a voluntary market in another exchange, it records that fact and retires the serial number.

A response to 'desperation'

The new tool for wetlands in many ways grew out of frustration after the devastation from Hurricane Katrina, which had a record storm surge that breached levees, flooded New Orleans homes and created the need for massive repair of infrastructure.


In 2005, when Hurricane Katrina hit, Sarah Mack was the technical administrator for the New Orleans Sewer and Water Board and the emergency liaison between the board and the agencies responsible for the recovery of sewer, water and drainage infrastructure. She also initiated a long-term recovery plan and a regional initiative to try to create a massive wetlands assimilation system designed for storm surge reduction, climate change adaptation and carbon sequestration.


But as she looked for opportunities to restore wetlands, Mack faced challenges in trying to figure out how to finance them. Louisiana has some of the highest rates of wetland loss in the world, but the costs of restoration have been too high for landowners or government to keep pace.

"One of the biggest factors with wetland restoration is the cost," Mack said.

A master plan the state released last week estimated the state may spend $20 billion to $50 billion over the next 50 years on priority projects for wetlands restoration, using money from state and federal sources and oil spill payments. But the report said five times that amount would be needed for broad restoration.

After the storm's wreckage, Mack was facing a $5 billion deficit between what the Federal Emergency Management Agency would finance and what was needed for the water system to come into compliance. As she looked for ways to go beyond repairing the water system and help the ecosystem recover from the storm, she began to look at carbon finance as a way to fund some of the recovery.

"There was a certain level of desperation after Katrina, a lot of the local agencies were near bankruptcy because of the huge impacts after Katrina," Mack said in an interview this week. "I knew there were opportunities for wetlands and carbon sequestration from projects that I did, and I knew it would fit some of the guidelines on carbon markets."

In 2007, Mack quit her job and started the small environmental consulting firm, Tierra Resources, that would pioneer work on wetland offsets for carbon markets. She developed the new tool with the help of two scientists from Louisiana State University.

The project received a major financial boost from Entergy, which operates the electric system in New Orleans and surrounding areas. The company stepped in three years ago with a $150,000 donation to help finance development of the new methodology. The company paid for the program through its shareholder-sponsored Environmental Initiative Fund.

Entergy spokesman Michael Burns says the company has a financial stake in protecting the coast: Entergy lost millions of dollars in assets after Katrina, including damage to power plants, gas mains and connections.

Entergy, which has supported carbon offset projects before, wanted to advocate for an "aggressive approach" to save coastal wetlands across the Gulf Coast in an effort to protect its customers and billions of dollars in assets from future threats, Burns said. The company has also invested millions of dollars in research on how environmental change could affect the Gulf Coast.

"Entergy believes that wetland restoration and climate are inextricably interconnected. By making investments in wetlands, the casualty losses due to storms and subsidence can be reduced," said Burns. "Entergy does not have the luxury of being able to relocate. As the fortunes of our service area go, so go our fortunes."

The company also has a stake in carbon offsets. Entergy made a commitment in 2001 to keep its annual carbon footprint at or below the year 2000 levels, and upped its game five years later with a goal to stay 20 percent below 2000 levels. The company succeeded with that goal, according to its 2010 year-end report.

Experts have estimated the price tag for broad coastal restoration in the Gulf could exceed $150 billion.

Carbon finance is unlikely to generate that level of funding. The value of all voluntary carbon transactions worldwide last year was just over $400 million.

But Mack estimates the market could raise between $5 billion and $15 billion over the next 40 years for Gulf wetlands. About 4 million acres are eligible under her methodology, and Mack says her "conservative estimate" is that groups would seek to finance at least a quarter of those.

Her funding estimate assumes the credits could command $12 to $25. That's more than the going rate of about $8 for forestry credits, but Mack thinks wetlands offsets may command a premium because of interest in investing in coastline damaged by hurricanes.

For their part, conservation advocates are excited to find any new funding source for wetlands restoration.

"[The project is] a new, big idea for raising hard-to-find restoration dollars," said Marmillion of America's WETLAND Foundation. "It's a win-win situation."

While advocates vie to find more restoration dollars, some researchers have questioned how far that investment goes. A study published this week in the journal PLoS Biology found that restoration work often falls short of returning wetlands to their former biological complexity and function.

"Once you degrade a wetland, it doesn't recover its normal assemblage of plants or its rich stores of organic soil carbon, which both affect natural cycles of water and nutrients, for many years," said David Moreno-Mateos, a wetland ecologist at the Jasper Ridge Biological Preserve at Stanford University and lead author of the study. "Even after 100 years, the restored wetland is still different from what was there before, and it may never recover."

Mateos said his research highlights that when possible, one should try not to damage wetlands in the first place.

The study's findings do not necessarily go against the kind of restoration efforts the carbon investing tool promotes, according to its developers. John Day, an oceanography professor from Louisiana State University who worked on the wetlands carbon project, said that with wetlands already degraded and rapidly disappearing in the Gulf, restoration is the best chance they have.

"No one thinks we are going to restore the full functionality of the Mississippi delta. But it is a crisis situation in the delta and we have to try to do what we can," Day said. "The study set a broader context within which we can judge how successful a restoration project is. But even wetlands in the delta that don't have the full function [are] still better than no wetlands at all." 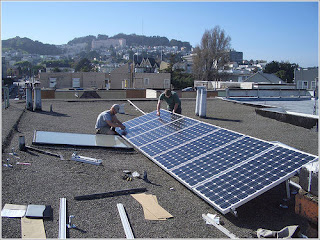 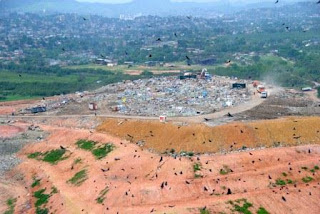 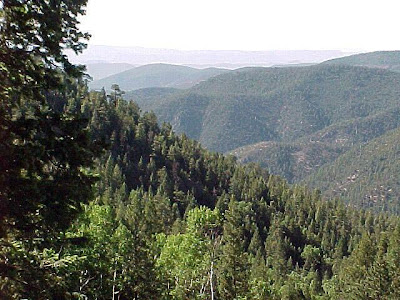 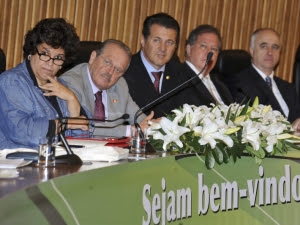 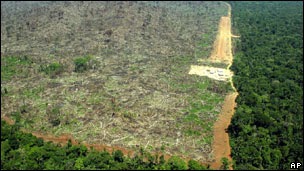 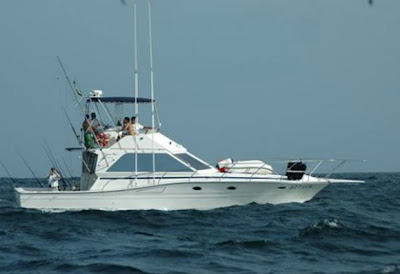 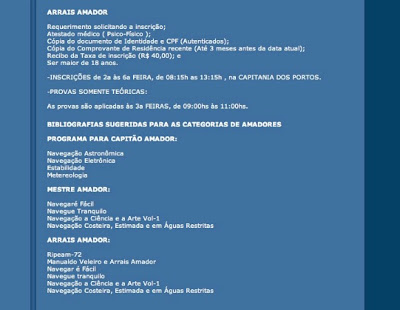