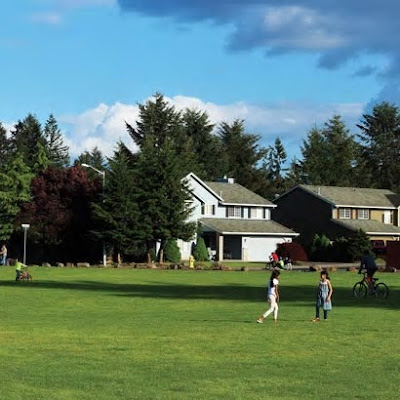 July 1, 2017, Feature, by Deborah A. Cohen and Kristin Leuschner

The United States is home to more than 108,000 parks, ranging from large regional parks and natural resource areas to sports complexes and small “pocket parks.” Most urban residents live in close proximity to one or more neighborhood parks, which are ideal places for people to engage in physical activity, such as sports, brisk walking and other forms of exercise. U.S. guidelines recommend at least 60 minutes a day of moderate to vigorous physical activity for youth and 30 minutes a day, five days a week, for adults. However, fewer than half of Americans currently meet these guidelines and that inactivity is contributing to a growing epidemic of chronic disease. Given that park space and facilities already exist, what would it take to encourage people to use this space to be more physically active?

To explore these issues, the RAND Corporation recently conducted the first national study of neighborhood parks — a special project sponsored by the National Heart, Lung, and Blood Institute of the National Institutes of Health. Our team of 60 field staff visited a representative sample of parks across the country to understand who is using parks, what features they are using and which factors contribute most to park use and physical activity.

Between April and August, 2014, one pair of data collectors traveled to each of 174 neighborhood parks in 25 major cities, observing multiple “target areas” in each park (sports facilities, picnic areas, skate parks, seating areas, etc.) on 12 separate occasions — three times per day on two weekdays and on a Saturday and Sunday — for a total of 2,088 hourly observations. Trained individuals rotated through all the target areas and recorded who was there by gender, age group, race/ethnicity and activity level. We made observations only during clement weather. If it rained, the visit was rescheduled to the next clement day (e.g., if it rained on a Tuesday, the team observed the following Tuesday).

In addition to seeing how people are using neighborhood parks, the team also assessed whether there are differences in the way parks are used by men and women, young and old, and in high- and low-income neighborhoods. Our results provide insights into how neighborhood parks are being used today, and what can be done to ensure that parks take a more prominent role in promoting physical activity in the future.


The average park in our study was a little less than 9 acres in size, with a median local population of about 12,400 living within a mile of the park. Our research confirmed that neighborhood parks are easily accessible for most urban residents. We also found that parks tended to be busiest on weekends and in the afternoons, and were less used in the mornings and on weekdays.


Disparities in who uses neighborhood parks tended to break down along age and gender lines. More park users (57 percent) were male, and they accounted for 60 percent of all physical activity. Gender disparities were greatest among teens, with male teenagers accounting for 65 percent of all teen visits to the park (compared to 35 percent for female teens) and 68 percent of teen physical activity (compared to 32 percent for female teens).

Park use also differed significantly by age group. In our study, children and teens were overrepresented, comprising 51 percent of park users, although this group represents only 27 percent of the total U.S. population. In contrast, seniors (age 60 and older), who comprise nearly 20 percent of the general population, accounted for only 4 percent of park visits. Increasing physical activity among seniors is especially important, given the effect of chronic disease among this segment of the population.


Neighborhood parks offer a large variety of facilities and almost all the facilities were found to be in good condition and accessible. Parks in our study have a median of five different facility types, though some have only one and others have as many as 11. Figure 3, a ranking of park facilities in order from most to least common, shows that the vast majority of parks have lawns (97 percent) and play areas (89 percent). Nearly half the parks have outdoor basketball courts (53 percent) and baseball fields (49 percent), 31 percent have tennis courts, and 29 percent have a walking path or loop. The number of facilities was related to the number of users such that each additional facility (basketball court, tennis court, play area, etc.) was associated with a 2 percent increase in the number of park users and a 2 percent increase in physical activity in the park, compared to the average park.

Use of Park Facilities for Physical Activity


Findings from this study suggest that the most popular park activities focus on recreation and relaxation rather than physical activity. Sedentary activities, such as sitting on a park bench or resting on the lawn, accounted for about 60 percent of all activities observed in the parks.

Some park facilities appear to be especially conducive to physical activity. Those park facilities that generated the most physical activity were walking paths and gymnasiums, followed by fitness zones and exercise areas, but, as shown in the Figure 3, such features are not common in most parks. Walking paths were found in fewer than 30 percent of parks, while gyms (9 percent), fitness zones (2 percent) and exercise areas (7 percent) were among the least common park facilities.


Since walking paths were associated with the greatest amount of physical activity in parks, we took a closer look to see if there were any differences in parks with and without such paths, in terms of users and frequency of physical activity. Walking paths, often in the shape of a loop, are designed to facilitate continuous movement along a pathway. These paths are distinct from park sidewalks, which are usually shorter and intended mainly to connect one part of a park with another.

There are many possible explanations for the increase in park use associated with the presence of a walking loop. For example, walking loops might attract a regular community of users who get to know and support each other. Loops may provide safer settings to walk or jog in than sidewalks or city streets, where traffic may be a concern. Whatever the reason, our findings suggest that specific facilities, such as walking loops, might be a promising means to increase physical activity among park users, especially adults.

Importance of Supervised Activities and Marketing

The mere existence of a park does not guarantee that people will use it, even when the park offers many recreational facilities. Also, those who use parks may do so for many purposes other than physical activity. Indeed, many parks were designed in earlier eras, when jobs often required considerable physical activity and parks were intended to provide a much needed opportunity for leisure and recreation.

However, given today’s relatively sedentary occupations and lifestyles, as well as the growing incidence of obesity and chronic disease, there is a significant need to increase physical activity among Americans, especially adults and seniors. Neighborhood parks can play a key role, but changes will be needed to encourage more people to use parks for physical activity. We offer the following three suggestions for moving forward:

1. It is important to encourage more people to make use of neighborhood parks and to address disparities in park use among certain populations. Our study found that although it is critically important for adults and seniors to engage in routine physical activity, most parks are geared toward serving youth rather than adults. Given that physical activity may have more-immediate benefits for adults and seniors in terms of preventing or mitigating the effect of chronic disease, park systems should consider adding enhancements, such as walking loops, and more programs that would appeal to older age groups.

2. Parks need to offer more supervised activities and to engage in greater marketing and outreach efforts to get people involved. Such efforts are particularly important in lower-income neighborhoods, where parks may not be adequately meeting the needs of local residents, even though they have similar facilities to those found in higher-income neighborhoods.

3. Targeted investments in facilities, such as walking loops, may also be appropriate. In this study, the presence of walking loops was associated with increased park use and increased physical activity. In contrast to other park facilities that support physical activity, such as gyms, swimming pools and skate parks, walking loops may provide relatively inexpensive additions that could be integrated into many existing park designs. These would be particularly beneficial for seniors.

Improving our nation’s neighborhood parks will require investments, and obtaining funding for improvements can be challenging given that parks are usually financed at the local level. However, the current investment in urban parks across the United States is relatively small, considering the potential health benefits these parks can provide. In 2013, the average annual per capita expenditure for parks was $73 — less than 1 percent of the $9,146 per capita expenditure on healthcare in the same year. Relatively modest investments may improve neighborhood park conditions to make them conducive to physical activity for everyone, regardless of age, gender or income level.