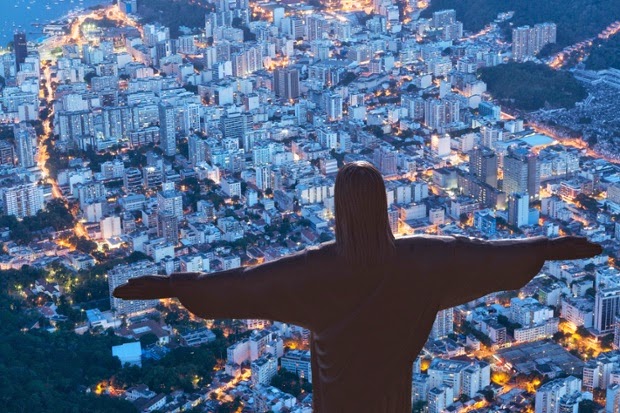 Which Cities Have The Strongest Brand?

Which cities have the strongest brand? As Benjamin Barber, author of If Mayors Ruled The World, says, there are two things that cities have to get absolutely right, that is their cultural theme - what they are best known for - and their economy.

These days that's translates in marketing terms into branding. In 2008, Saffron, a brand consultancy, produced a comparison of European cities' brands which they have just updated, courtesy of the Guardian Newspaper, to look at cities all over the world.

Not all of them, just 57 of the best-known, to see how they rate on various criteria for creating a buzz when the name is mentioned anywhere in the world. So what do you think of when somebody mentions Paris, San Francisco, Tokyo or Mecca? 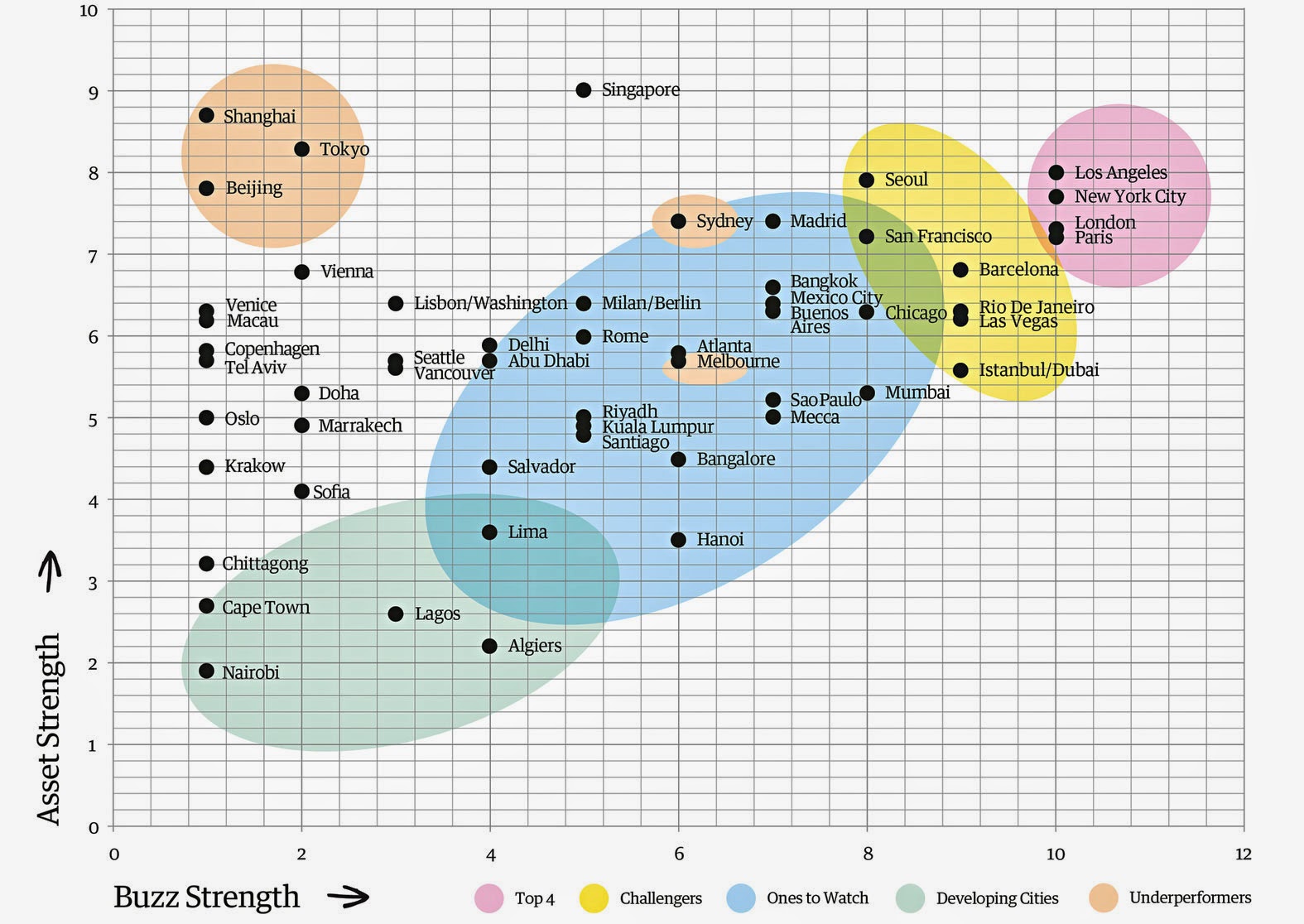 The results are not quite what you might expect (click on the graph to open a large version).
Saffron looked at two things: a city's 'assets', such as its transport infrastructure, climate, tourist attractions, perceived safety and its economic prosperity as measured by average incomes, income disparity and unemployment on the one hand.

On the other hand they examine how it comes across in the media, particularly social media, as you would when analysing the brand of the product (although these were confined to English-language).
These variables were assigned a mark out of 10 and the result totalled. You can play with the results in the interactive graphic below.

Tokyo, Shanghai and other Asian cities score surprisingly low but not so when you realise that they use their own social media channels. Saffron's Ian Stephens says: “The western world is just not that in touch with the far east. Tokyo remains, for most people, an alien place for an alien experience.

"Whereas Seoul's and Singapore's offerings are on a more global basis: visitors are very pleasantly surprised at what they find there, it's less 'foreign' than they might have thought."

He says that the list is about use the cities make of their assets. "Singapore, for example, is a transport hub and seems to be doing quite a lot with that basic thing.”

Mumbai and Mecca are ascending in the consciousness of English speakers worldwide at the expense of some European cities, not including Paris and London. Venice is sinking and not just literally, but also metaphorically in the global public's consciousness.

“All the European cities do relatively poorly, perhaps because there are so many crammed up against each other,” Stephens observes.

A clear correlation between asset strength and brand reputation emerges from the study. Cities hoping to buy themselves buzz, like some in the Middle East, could learn from this.