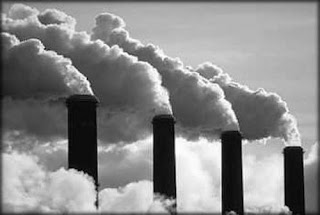 LONDON (Reuters) - European Union plans to make oil refiners pay for carbon emissions from 2013 could accelerate European refinery closures and encourage them to relocate outside the EU to avoid higher operating costs that could run into millions of euros a year.

The UK refining industry is seen as being at particular risk due to UK government plans for a carbon floor price that may be above the level set by the market. UK companies such as Ineos are worried they will be put at a competitive disadvantage.

But Tom Crotty, group director of Ineos, said this potentially "sticks the UK out on a limb" relative to the rest of Europe. "The problem is that energy-intensive users in the UK may get hit quite hard relative to other countries if that carbon price differential opens up."

Ineos said its ChlorVinyls business faces increased costs of 5 million pounds per annum, rising to a potential 30 million per year by 2020, whilst its Grangemouth businesses face costs of between 26 million and 61 million pounds over the same period.

The UK plans are part of broader moves by the EU, which is proposing refiners be required to pay for their carbon emissions credits from January 1, 2013, in an effort to cut emissions and encourage investment in cleaner alternatives. In the first two phases of the Emissions Trading Scheme (ETS), refineries were given free allocations.

But industry concerns are growing that EU refiners, many aging and already suffering from low margins, will be unable to compete with products imported from newer, more complex refineries such as Reliance's Jamnagar in India if the EU's ETS steps up as envisaged.

Isabelle Muller, secretary general of the European Petroleum Industry Association (Europia), said that instead of changing consumer behaviors, "the EU legislator is attacking production, but production is mobile." Europia's members account for more than 80 percent of EU refining capacity.

Dr Andy Roberts of the UK Petroleum Industry Association (UKPIA) suggested that less-efficient refineries may become uneconomic and have to close. "To ensure a balance between supply and demand, additional imports may be required and they will come from outside the EU."

European refineries have been struggling with poor margins for years. Some oil companies have been forced to put refineries on the block or propose closures when no buyer is forthcoming.

Earlier this year Shell sold its Stanlow refinery to Essar, Chevron its Pembroke refinery to Valero, and in September LyondellBasell announced the closure of its 105,000 barrel a day Berre l'Etang refinery.

The Wilhelmshaven refinery acquired by Hestya Energy is likely to be converted into a terminal. Total closed its Dunkirk refinery in 2010 and has announced plans to merge its refining and chemical businesses.

"The consolidation pressure is huge, with 2014/15 seeing another wave coming as many non-OECD refinery start-ups hit the market," said David Wech, an analyst at JBC Energy.

Enguerran Ripert, a consultant at Frost & Sullivan, said some refiners were actively looking at relocating as the industry tries to determine whether EU-based refineries will actually be profitable over the next five to 10 years.

"Ordering equipment is a very expensive business, and a lot of the refineries in Europe need refurbishment," Ripert said, putting the number at just over 40 percent.

"If they were to refurbish, they would need some clarity on the EU regulation. Otherwise they would move to North Africa or nearby non-regulated or less regulated markets, where their margins could be higher and they would not have this potential carbon tax imposed on them."

UKPIA has calculated that UK refineries will have to purchase 30.2 percent of their required ETS allowances. "At a cost of 15 euros ($20.47) per tonne of CO2 equivalent, that means something like 70 million euros a year," said Roberts.

In its May 2010 Refining Industry White Paper, EUROPIA calculated that the sector would have to buy about 25 percent of its allowances to maintain activity.

Together with the additional cost of CO2 in purchased electricity, this is expected to cost the refinery sector over 1 billion euros a year based on a price of 30 euros per tonne of CO2, the carbon price peak.

Costs may not be quite as high as this, of course. The benchmark EU Allowances carbon price is currently just under 11 euros per tonne of CO2. Over the past 12 months it has traded at 11 to 18 euros per tonne. But the environmentally friendly policies are seen as another nail in the coffin.

"Until other regions introduce similar constraints, ETS will encourage refiners to relocate their facilities to other regions that have less ambitious environmental policies," EUROPIA said in its White Paper.

Roberts said European refineries could probably pass a proportion of the extra costs through to customers, but they will be competing with products imported from Russia, the United States, India, and the Middle East that have no ETS costs.

"Depending on shipping costs, they (imported products) can be very competitively priced at import points ... This disadvantages EU refining in general, but probably the UK more so, because of the ease of importing to the UK," he said. ($1 = 0.638 British Pounds) ($1 = 0.733 Euros)