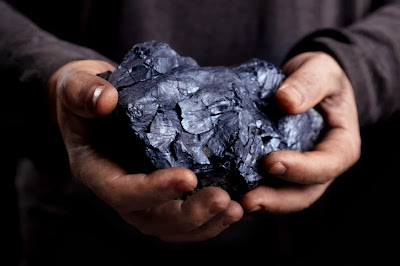 Can ‘Clean Coal’ Save the Coal Industry? Probably Not

The EPA recently announced new requirements for coal-fired power plants. All future coal plants will be required to produce no more than 1,100 pounds per megawatt-hour of carbon dioxide (CO2). This, as has been pointed out by numerous critics of the regulation, will effectively kill the production of any new coal plants within the United States.

Currently existing plants produce an average rate of 1,768 pounds per megawatt hour. For new plants to meet the 1,100 limit, they would need to install as-of-now theoretical technology called “carbon capture and storage” (CCS). The technology requires that CO2 be separated from the combusting of coal and stored so that it doesn’t pollute. The cost of implementation for this new technology – even if it was feasible – is not economically viable. This leads opponents of the regulation to conclude that the Obama administration, through the EPA, is attempting to reduce and eventually remove coal as an energy source for the United States. This assumption is correct. The Obama Administration is reducing the viability of coal as an energy source in the United States. And it is precisely what the government should be doing.

First things first, coal is terrible for the environment and human health. This is a given, but let’s review coal’s many pitfalls. Strip mining decimates natural landscapes. Oftentimes the topographical features of the mining site are irretrievably lost. Nutrient rich topsoil is permanently destroyed and in the worst instances leads to a veritable wasteland for decades after mining has concluded. Vegetation is removed. Fauna is interrupted. Coal mining and refining leads to fly ash, airborne small particles that contain such enjoyable substances (depending on the coal bed makeup) of arsenic, mercury and lead. About 131 million tons of fly ash is produced nationally by coal. Some of this ash inevitably finds its way in rivers, lakes and ponds. Coal rich in limestone is readily dissolved by water. It forms toxic sediment known as slaked lime. Besides harm to human health, the slaked lime increases alkaline levels within water, damaging agriculture. 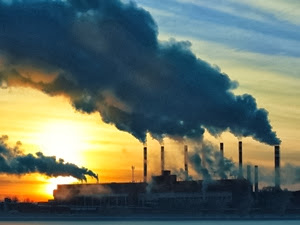 In 2008, the World Health Organization released a study stating that coal production worldwide contributed to over 1 million premature deaths. Those who mine – even in the United States which has the safest mining regulations in the world – are susceptible to cave-ins and black lung. And this list of terribles is only the tip of the iceberg. Greenhouse gas emissions including CO2 represent the largest human contribution to global warming. Perhaps the most damning thing about coal is this is the best it’s ever been. “Clean coal” technology has, to a degree, improved some of the harmful waste byproducts associated with the industry. But “Clean Coal” is a complete misnomer. Cleaner, yes. Clean, absolutely not.

The problems with coal, even cleaner coal, are a known quantity. Still, industrial forces have maintained a stranglehold on political institutions at the state and federal levels. The reason for this has been coal’s profitability, and abundance throughout the United States. The country sits atop nearly 25 percent of the world’s untapped coal reserves. It provides, and has provided, thousands of jobs for Americans for decades. As other energy sectors, like oil, were declining, coal was ramping up. Virginia coal production peaked as late as 1990. In West Virginia (a state that sits on top of 4 percent of the world’s coal reserves and whose state mineral is coal) production peaked in 1997. This landscape is now changing rapidly.

The change is attributable to the rise of natural gas. Construction of natural gas refineries is cheaper. The ability to ramp up and ramp down production depending on electric needs – a key overhead cost in the world of electricity production – is more flexible than coal refineries, which rely on steam turbines.

Finally, there is A LOT of it. How much has been revised upwards for the last five years both as more reserve fields are identified and sophisticated abstraction techniques are developed. At the current rate of production, the United States will have enough reserves for a century. New coal refineries no longer make economic sense. Natural gas prices must rise above $7 per million BTU for new coal plants to be competitive. However, the U.S. Energy Information Administration believes that natural gas will not exceed $6 million BTU until at least 2035. The agency argues this cost reality means no new coal refineries will be constructed for at least two decades, even if the new EPA regulations are not implemented.

So why even bother with new regulations if coal is being marginalized naturally by free market forces? Does the government really need to involve itself in the industry? That question really goes back to the viability of CCS. There is an ardent belief within the EPA that CCS can become a viable technology. In effect, the EPA’s regulations are telling the coal industry that to be competitive it must be as clean as its biggest competitor. If this standard is not met, then game over. Not only will coal have to prove it’s cleaner than natural gas, but many projections suggest the cost competitiveness of solar will be a major contender.

And it gets worse for coal. The EPA regulations are just beginning. Over the next year, the agency will release rules governing CO2 emissions for the 6,500 existing coal power plants in the United States. This will be the bigger game changer. Should those regulations be upheld, coal truly will be a thing of the past.