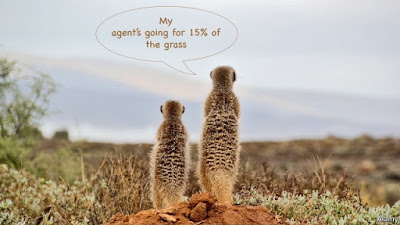 Preserving rare species. A wild idea about paying for conservation

Might those who profit from images of wildlife be induced to help save it?

MEERKATS are endearing creatures. Indeed, they are so endearing that they have been turned into characters in a long-running series of advertisements on British television for a price-comparison website. But nothing comes from nothing. Thirty years ago, few non-zoologists would have heard of these social mongooses and the joke would not have worked. The animals were brought to public prominence by a television documentary, “Meerkats United”, which described the doings of a group of them in the Kalahari, where they live. That documentary relied, in turn, on a research project run by David Macdonald, a zoologist at Oxford University. In essence, meerkats as a cultural phenomenon were created by this project.

Had that creation been purely artistic, it would be protected by copyright. Royalties derived from such copyright might then have been used for further study and conservation of the animals in question. Sadly for zoologists, the natural world is not covered by copyright and no royalties have ensued. But Dr Macdonald and two colleagues, Caroline Good and Dawn Burnham, writing in Animals, still wonder if those who profit by cultural representations of wildlife might sometimes be induced to contribute a sliver of their profits to the conservation of the animals so represented.
Rather than the meerkat, the three researchers take as their example a species with a longer history of public perception, the lion. Another project in which Dr Macdonald is involved is a study of lions in Zimbabwe. This was in the news recently when one of the animals being followed was shot, legally, by an American hunter after it had strayed out of a protected area. Lots of other lions are killed illegally, though—a phenomenon that might be reduced if more people were paid to protect them. 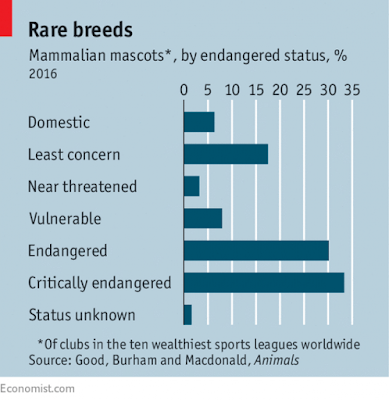 Going for the throat, as it were, the three researchers observe that the English Premier League, the richest in soccer, has a crowned lion as its logo. They suggest that if the league chipped in, say, £1 ($1.30), for each of the 5m T-shirts sold every year bearing this logo, that would buy a lot of local recruits to lion-protection schemes in places where lions are under threat. It would also, they imagine, buy a lot of good publicity for the league itself.

If the league were amenable, this idea might well work. But caution is advisable when choosing collaborators for such ventures. Conservationists thought they were onto a good thing in 2014 when, at the behest of local researchers, the mascot chosen for the Brazilian World Cup was a three-banded armadillo. At the outset, the proposal was that FIFA, the world governing body of football, and the Brazilian government would jointly pay for the protection of 1,000 hectares of armadillo habitat for every goal scored in the competition. The merchandising of the mascot, dubbed Fuleco, a portmanteau of “Futebol” and “Ecologia”, raised millions of dollars. The conservationists are still, however, waiting for the promised forest to be set aside. Both FIFA and the government, beset by other woes, seem to have forgotten about the idea.