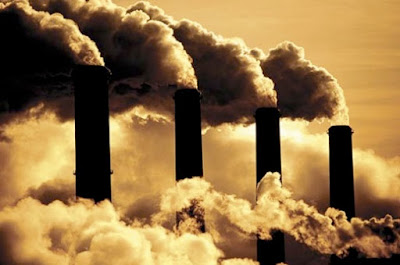 Twenty-six states are suing the Obama administration in the hopes of defeating what’s been called one of the most “far-reaching energy regulations” in American history: the so-called Clean Power Plan.

“The Clean Power Plan is one of the most far-reaching energy regulations in this nation’s history,” West Virginia Attorney General Patrick Morrisey, a Republican, said in a statement announcing the massive legal challenge.

“West Virginia is proud to be leading the charge against this Administration’s blatant and unprecedented attack on coal,” Morrisey said.

The legal assault comes Friday, the same day the Environmental Protection Agency (EPA) is publishing the Clean Power Plan (CPP) in the Federal Register — opening it up to legal challenges. Coal companies and other states are expected to sue the EPA as well.

States argues CPP is essentially a federal takeover of state resource and energy policy because it forces a shift away from coal regardless of a state’s own plans. CPP is also being challenged because it regulates power plants already covered by another section of the Clean Air Act.

“As Attorney General, I have a responsibility to protect the lives of millions of working families, the elderly and the poor, from such illegal and unconscionable Federal Government actions,” Morrisey said. “It’s the people who can afford it least who are going to be affected the most.”

This is the second major legal effort against CPP in the last year. A legal challenge by the states and a coal company was dismissed by a federal court earlier this year because CPP had not yet been finalized.

Now that the rule is finished, however, states believe they can mount a more successful legal challenge.

CPP aims to cut U.S. power plant emissions 32 percent by 2030 by forcing states to write plans to reduce emissions from the energy sector. The rule will essentially force states to shutter coal-fired power plants and use more natural gas and green energy to get electricity.

The EPA argues the rule will not completely eliminate coal use, and that coal will still be an important part of America’s power supply for years to come. But states that rely on coal for the vast majority of their electricity argue the rule will massively increase energy prices and require billions of dollars in new grid investments.

West Virginia, for example, is not only the largest coal-producing state east of the Mississippi River, but also relies on coal power for nearly 96 percent of its electricity generation. To comply with CPP, the state will have to shutter more coal mines and plants.

The other 23 states in the lawsuit are in a similar situation. Many of them rely on coal for most of their electricity needs or have large coal mining sectors. Some have both, like West Virginia.

Texas, one of the states challenging the EPA, recently found CPP (combined with EPA’s regional haze rule) could force 4,000 megawatts of coal-fired power capacity to retire which “could pose challenges for maintaining grid reliability.”

The Electric Reliability Council of Texas (ERCOT), the state’s grid regulator, found that “energy costs for customers may increase by up to 16% by 2030 due to the CPP alone” and that’s without taking into account “the associated costs of transmission upgrades, higher natural gas prices caused by increased gas demand, procurement of additional ancillary services, and other costs associated with the retirement or decreased operation of coal-fired capacity.”

“Consideration of these factors would result in even higher energy costs for customers,” ERCOT found.

While states line up to challenge CPP, environmentalists argue it’s necessary if the U.S. is going to convince the rest of the world it’s serious about tackling global warming.

“The Clean Power Plan is on solid legal footing, and will provide huge climate protection and public health benefits for American families and communities, cutting power plant carbon pollution and saving thousands of lives each year,” David Doniger, a lobbyist at the Natural Resources Defense Council, said in a statement.

“A dirty-energy alliance of coal companies, old-school utilities and their allies will rush to the courthouse with lawsuits stoked with hot rhetoric about its supposedly dire impacts,” Doniger said. “Don’t believe a word of it. The Clean Power Plan will go forward and protect our future.”