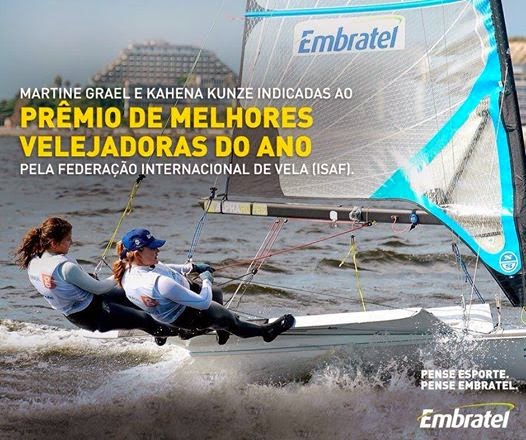 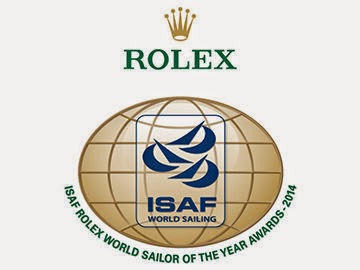 The International Sailing Federation (ISAF) and Rolex are proud to announce the Nominees for the ISAF Rolex World Sailor of the Year Awards 2014.


ISAF received nominations for the 2014 Awards from across the world for sailors representing all aspects of the sport. The nominees are put forward based on achievements made during the qualifying period from 1 September 2013 to 21 September 2014.

Only one nominee wins in both the male and female categories. The names vying for the coveted and prestigious 2014 ISAF Rolex World Sailor of the Year Award are:

The achievements of the 2014 nominees are:

Mat Belcher and Will Ryan (AUS)

Mat Belcher and Will Ryan have dominated the Men's 470 class, finishing on the podium at every major regatta they've competed at. Whilst their unbeaten run was ended in January 2014 their hunger for victory was intensified as they left their rivals in their wake at the Santander 2014 ISAF Worlds and Open European Championship. Their victory in Santander was their second consecutive world title together and brings Belcher's tally to a record-breaking five in a row.

New Zealand's Peter Burling and Blair Tuke have been a class above the rest in the 49er demonstrating exceptional teamwork, athletic prowess and drive that cannot be rivalled. Over the nomination period the Kiwis brushed aside their challengers with ease, finding an edge that many can only dream of. They took their first world title in Marseille, France in 2013 and in their defence of the title at the Santander 2014 ISAF Worlds they crushed the opposition, sealing gold with a 46 point margin.

A talented tactician and helm, Bill Hardesty is accustomed to fleet and match racing success. The American was tactician on-board Ninkasi at the 2013 Melges 20 World Championship in Florida, USA where he claimed the class' first world title. Hardesty then steered a hard working young team on Line Honors to glory at the 2014 Etchells World Championship, sealing the deal with a day to spare as he picked up his third World title in the class. As tactician, Hardesty has also been pivotal to Ian Williams' triumphs on the Alpari World Match Racing Tour as they finished second overall in 2013 and took Match Race Germany honours in May 2014.

Towering Briton Giles Scott has been head and shoulders above the Finn fleet picking up seven consecutive regatta victories. Scott has been a formidable force in the Finn with no one able to match him blow for blow on the race track. Scott looked untouchable in his build up to the Santander 2014 ISAF Worlds and with his eyes on the prize he delivered in the Spanish city with a cool, calm and collected performance to comfortably win his second Finn world title.

On the brink of defeat at the 34th America's Cup in San Francisco, USA James Spithill led his team to one of the greatest comebacks in sporting history. ORACLE TEAM USA trailed Emirates Team New Zealand 8-1 in a first to nine quest for the Auld Mug, but even though ORACLE were down, they weren't out. Skipper James Spithill masterminded a comeback of epic proportions. Levelling the score at 8 apiece and in a winner take all final race, the Australian maintained his crew's focus right until the very end to take victory and with it, his second America's Cup win.

At the 2014 Formula Kite Racing Worlds in Burc Beach, Turkey, Steph Bridge headed out onto the water with intent and focus as she aimed to regain her world title. The Briton was a force to be reckoned with from the word go, blasting her way around the rack track to take the opening bullet, one of six from the week. Bridge took the lead on the opening day and did not relinquish the position as she sealed her fourth world title. 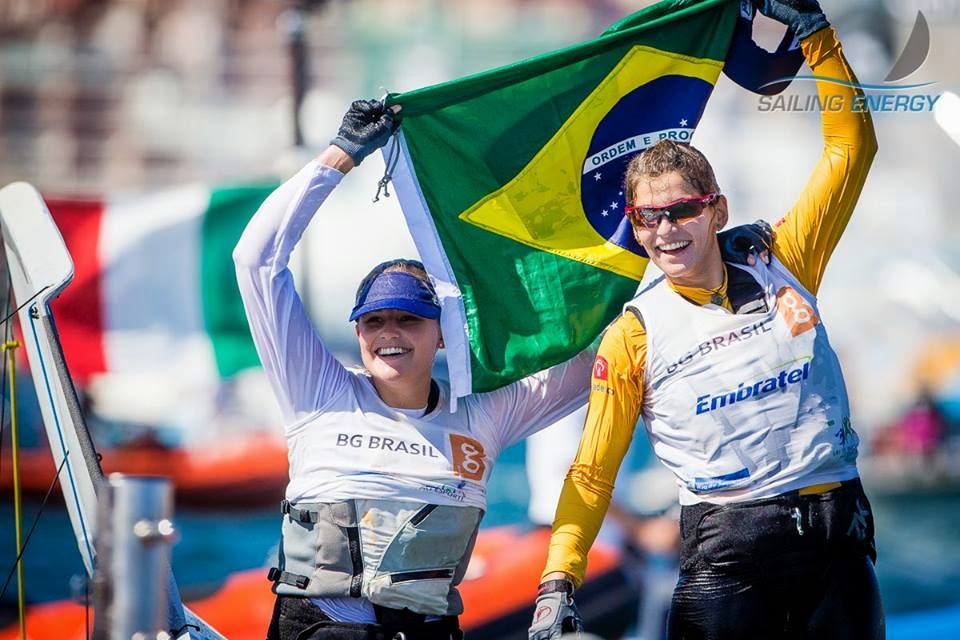 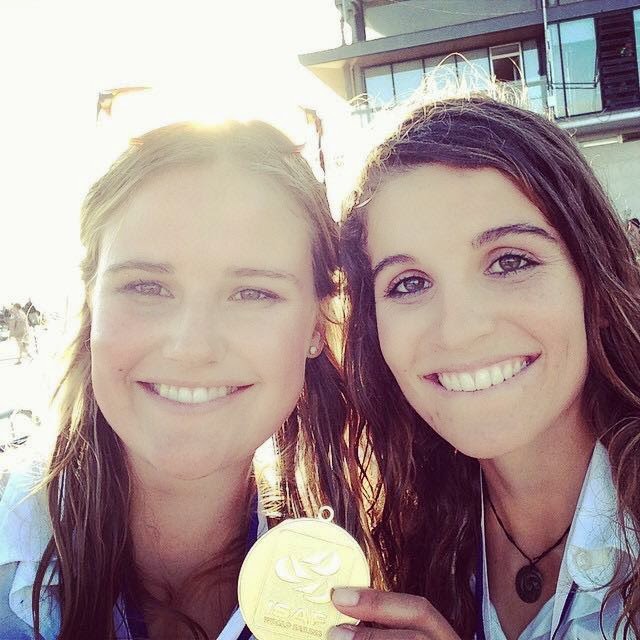 The leading lights in the 49erFX, Brazil's Martine Grael and Kahena Kunze have become accustomed to podium finishes and sailing silverware. The childhood friends know how to win with ease and how to fight back. At ISAF Sailing World Cup Mallorca and Hyères they held leading positions throughout the competition to take gold. They were up against it at the Santander 2014 ISAF Worlds, trailing the leaders all week until the penultimate upwind leg of the Medal Race. They turned the tide and overtook their rivals in a nail biting finish to claim their first senior world title.

Charline Picon's aim for 2014 was straight to the point, become Women's RS:X World Champion. The title had eluded Picon on eight previous attempts but her thirst for the crown was persistent. Having shown her rivals she meant business at ISAF Sailing World Cup Mallorca and the European Championship she went into the Santander 2014 ISAF Worlds as red hot favourite. She laid down a day one marker with two race wins and never looked back, taking the title with a day to spare and finished a staggering 40 points clear of second place.

The winners are selected by the ISAF Member National Authorities (MNAs), the national governing bodies for sailing around the world. The MNAs are now invited to vote for the male and female nominee they believe most deserves the Award.

The winners will be announced at the ISAF Rolex World Sailor of the Year Awards presentation and dinner, taking place on Tuesday 4 November 2014. The venue for the event will be at the Pueblo Español, Palma de Mallorca, Spain.

Each winner will be presented with the prestigious ISAF Rolex World Sailor of the Year Award Trophy and a distinctive Rolex timepiece.

Full profiling of each nominee and their achievements will be available on the ISAF Rolex World Sailor of the Year Awards microsite at www.sailing.org/worldsailor starting 6 October.