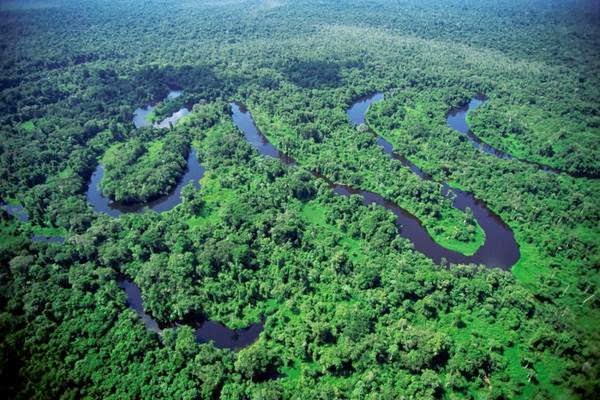 Brazil's state of Acre, preserving the Amazonian rain forest, expects demand for its carbon credits to increase because of new US EPA limits on greenhouse gases. But any boost will be indirect.

Rio Branco, Acre — While many US lawmakers are pulling out their hair over the White House’s newly proposed limits on state carbon emissions, the Brazilian state of Acre sees a green opportunity.

Officials here hope that the US Environmental Protection Agency’s recently proposed limits on greenhouse-gas emissions will spur more demand for “carbon credits” that Acre is collecting by preventing deforestation in this remote northwestern state in the Amazon forest bordering Bolivia and Peru. While the new EPA rules do not directly address international carbon credits from places like Acre, officials in Brazil and the US see it as a crack in the door toward such a protocol.

“It’s a good sign,” says Alberto Tavares, who is in charge of managing and selling Acre’s carbon credits. “The US is traditionally not so committed to these limits.”

The EPA regulations won’t be finalized until 2015, but for officials here it means momentum is building in the US toward reducing greenhouse-gas emissions and recognizing forests like the Amazon as crucial carbon-dioxide reservoirs. That could translate into demand for carbon credits from Acre, which is at the forefront worldwide in developing the legal framework for reducing emissions from deforestation, thanks to efforts of a self-proclaimed “government of the forest” that came to power in 1999.

California, for one, is already in talks to buy the credits from Acre, which since 2006 has prevented deforestation that would have otherwise released about 93 million metric tons of carbon dioxide through programs, such as farmer subsidies, earning the state “credits” under the United Nations’ Reducing Emissions from Deforestation and Forest Degradation (REDD) mechanism that can be sold in an international market. Officials in Acre see REDD as part of carrying on the legacy of local environmental activist Chico Mendes who was assassinated 26 years ago in his fight to prevent deforestation and protect the livelihoods of those who work in the forest, from rubber-tappers to nut-gatherers to indigenous tribes.

“In Acre we don’t reduce deforestation just for the carbon credits,” says Mr. Tavares, who heads the public-private Company for the Development of Environmental Services (CDSA) created in 2007 under Brazil’s first state law to implement REDD. “We reduce deforestation because society in Acre decided our treasure is our forest.… It’s a place where you can produce a lot of goods and provide environmental services.”
Recommended: Key world markets to see big changes. Get in-depth reports FREE.

The EPA emission-reduction mandates apply specifically to the US electric power sector and do not extend to forestry credits, points out Gary Gero, president of the Los Angeles-based Climate Action Reserve. But he still foresees the new rules pushing US states toward market mechanisms such as cap-and-trade programs in which Acre participates.

“As such,” Mr. Gero says, “I think the EPA rules will lift the concept of cap and trade and with that the possibility that in the future a broader market could exist that includes international offsets including REDD.”

Acre in December 2012 sold its first and only credits to the German Development Bank (KfW) for $25 million in exchange for preventing 11.5 million tons of carbon emissions. The next month, the state of Mato Grosso – which has one of the highest rates of deforestation in the Brazilian Amazon – became the second state to implement a REDD law.