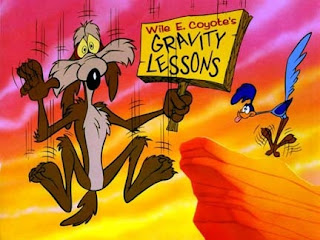 Know the Enemy in the War Against Oil

The petroleum industry has had decades to build institutions supporting its cause. Some are transparent, like the American Petroleum Institute. Others are not.

It's important to know the difference. Because you're going to get people calling themselves “environmentalists” or “citizen activists” who are, in fact, anything but. They're going to try to convince you that up is down, or that there is no difference between the two.

An example is the so-called Committee For A Constructive Tomorrow (CFACT). It proclaims itself “an alternative” to the Ralph Nader-inspired Public Interest Research Groups that emerged in the 1970s.
In fact, it's an oil industry front group. When you read sites like its ClimateDepot, offered by one of its employees, you are getting pure oil industry propaganda.

While founded in the 1980s, only recently has CFACT been pretending to be an unbiased citizens group, as opposed to paid shills for Big Oil. And that's very dangerous for renewable energy. Because, despite its claims, CFACT is not engaged in science, but politics.

What's the difference? As Doug Craig explains, politics, like religion, appeals to authority. Science appeals to evidence. When evidence changes, science changes. Dinosaurs are reptiles – no they're birds. It's based on evidence. When you spend all your time arguing against the evidence, as CFACT does, that's politics. And if you don't know the difference, or if you can be persuaded there is no difference, your ignorance becomes their power.

One of the more recent bits of garbage being peddled by the organization is that, since solar and wind projects are now subsidized because they don't meet the price of fossil energy, these subsidies will inevitably rise until they strangle the economy.

Here, it's pushed by Kelvin Kemm, a booster of a “pebble bed nuclear reactor” recently abandoned by South Africa. But the failure of his science hasn't changed his political agenda.

Why, yes, Dr. Kemm. If carbon-based energy prices stay the same or go down for the next 25 years, and the cost of solar remains the same, and we keep increasing the amount of solar we subsidize, then you can draw two lines that diverge forever.

But that's not reality. Fossil energy prices are not going to fall. The more you remove carbon-based resources from the ground, the more it costs to get more. That's why we're drilling a mile under the Gulf of Mexico and having to develop whole new technologies to get oil out of North Dakota shale.

Meanwhile, solar technology is improving rapidly. The prices of panels keeps going down, yet panel producers remain profitable, because the technology is advancing and costs are declining.

What is actually happening is that the need for subsidies is decreasing; for example, governments are lowering feed-in tariff prices because we need less of them.

This is what CFACT fears. They fear renewable energy that costs less than oil, because it will reduce the value of Exxon-Mobil reserves. But they won't tell you that. They won't even tell you where their money comes from, or what their real agenda is.

Some enemies are going to remain enemies. Know your trolls and be ready for them.